My go to guy for free domains, http://freenom.com, I just added a domain to cart, got it for free and that was it. I’m not going to add any DNS settings on the freenom site since I’m going to let Netlify handle that for me.

Since I’m storing our files on a seperate branch, Netlify can compile that branch and host it on a subdomain, such that the files will be accessible from https://mysubdomain.mydomain/myfile. 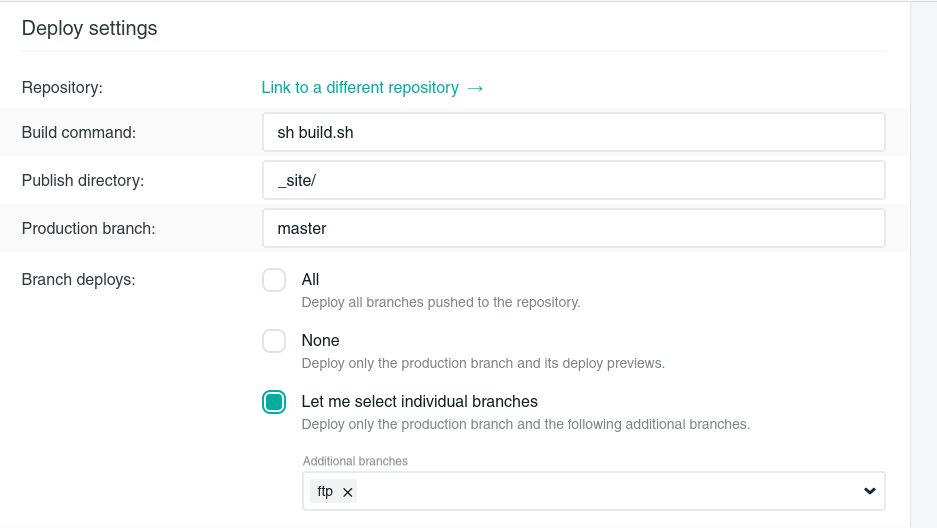 You can only have one build command however for all branches, this is a problem since I don’t want to run jekyll build on the ftp branch, instead I can just use a bash script and put all the build commands in there.

Since we’re also only allowed one Publish directory, I need to move all the content in the ftp branch into a new folder called _site, the same as the master branch (which is by default because of jekyll).

exit 0 is used to let the Netlify build process we’ve completed successfully, otherwise the build will fail and won’t be live.

Great, now that’s set up, triggering a deploy causes both branches to be compiled and pushed live. 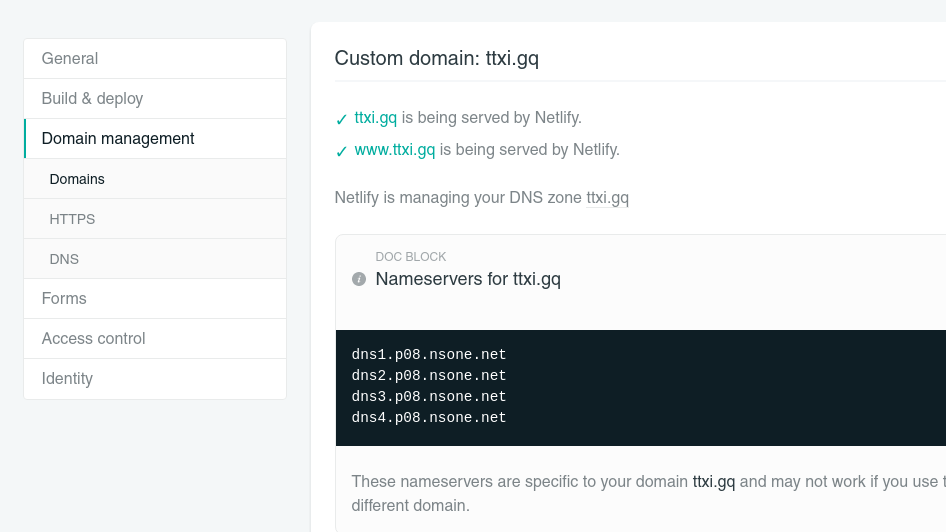 Tick the Use custom nameservers, add in the Netlify nameservers and we’re good to go. 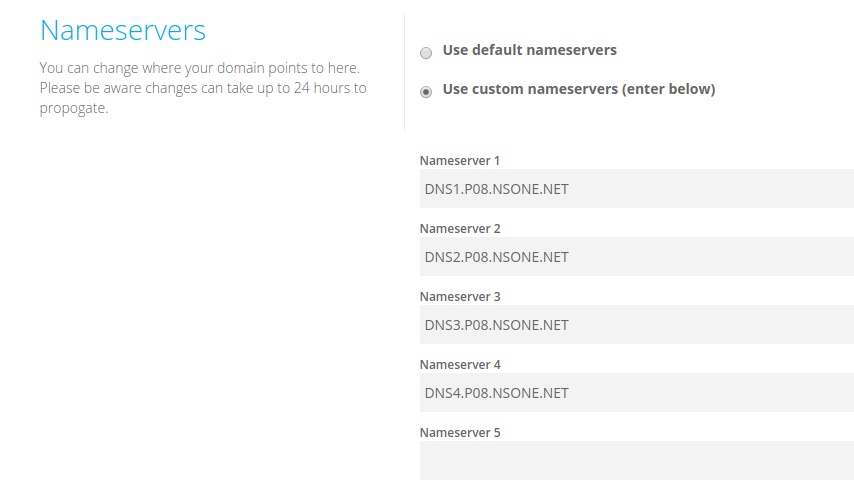 Going to https://ftp.cass.si I’m greeted by a nice 404 page. At least it works, there’s just no index.html. I’ll add a README to the ftp branch and see if it works.

Manually uploading content to the branch is a bit crap though, I’d rather have something where I can paste/upload content and push it to ftp.

A static file uploader with about 10 seconds of propogation from file upload to being live isn’t so bad when you think about it. I’m not paying for any server or hosting costs so it’s all pretty neat.

Sooo, after a few hours of trying all kinds of things out to grab and post the raw file data over ajax I gave up. The main issue is that you can only upload content over JSON because of the way the GitHub API works, and of course you can’t send binaries over JSON since it’s text only.

You can however, convert said files to their data URI’s (base64) and send that, it makes the files a bit larger but it’s the only way I can think of that’d work with GitHub. This presents another problem, sure, we can see the base64 file representation, but copy/pasting + converting base64 just to get the file is so tedious.

Instead I had to write something that’d convert all files in the ftp branch to their binary.

Thinking back to the bash scripts for each branch, all I need to do is write some kind of script in the middle of it all that converts the b64’s back into their binaries. Since Netlify uses node to build files I thought I’d try my hand at making it in JS.

Here’s the conversion script I came up with, heavily commented for you.

And now it works perfectly, with about 12 seconds from file upload to it being live, not bad considering there’s no PHP or node servers involved at all - and it’s 100% free! 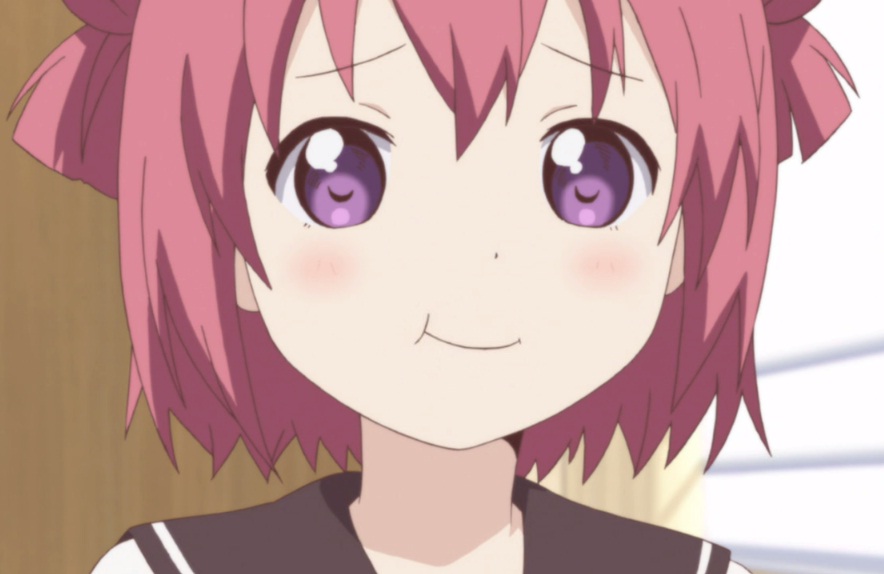